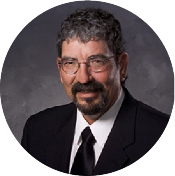 A 1980 graduate of Iowa State University College of Veterinary Medicine, Dr. David Hahn grew up in Sigourney, IA before relocating to Canton, IL. DVM and co-owner, he has the utmost appreciation for the dedicated and hard-working staff at Spoon River Animal Clinic. Sharing 42 years of expertise, Dr. Hahn cares for multiple generations of clients that he calls friends. His interests are in small animal medicine and surgery, equine dentistry, and bovine production medicine and preventive programs. At home, he has a large family of two-legged and four-legged family members. Married with three children, 6 grandchildren, Dr. Hahn also cares for three dogs, four cats, one horse, one donkey and Black Angus cattle. His very first pet was a pony named Gypsy. Tracy’s Supper Club is first pick for local cuisine, and he savors barbeque and fresh fish specialties. When Dr. Hahn is away from the clinic, he finds excitement in horseback riding, fishing, and shooting. 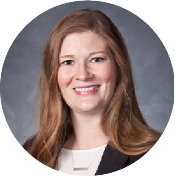 Dr. Sarah Phipps is a 2007 graduate of University of Illinois College of Veterinary Medicine. Since graduation, she has practiced at Spoon River Animal Clinic as a DVM and has also become a co-owner Gaining a sense of fulfillment from the relationships formed with clients, pets, and staff members, she has found a second home and extended family at Spoon River Animal Clinic. Helping clients through each stage of their pet’s life is a hallmark of her career. She finds enjoyment in spending time with her beloved husband, son, and furry companions. Dr. Sarah gains a sense of fulfillment from being involved with the community. Previously served 2 terms on the Spoon River Community College board of trustees and is currently a trustee for the Village of Norris. Rescue dog, Gale, and Gale’s three emotional support cats, Rainbow Dash, Squirtle and Snuggles. 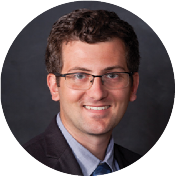 Dr. Jacob Standard is a veterinarian at Spoon River Animal Clinic and has worked here since he was 16 years old. He attended University of Illinois for both his Bachelor of Science in Animal Sciences (2016), and his Doctorate of Veterinary Medicine (2020). His areas of professional interest include equine medicine, lameness, dentistry and small animal medicine and surgery.

Dr. Standard currently lives with his golden retriever named Doc. In his spare time, he enjoys traveling, boating, fishing, playing with Doc, and horseback riding. A fun fact about Dr. Standard is that he was part of the Marching Illini Drumline during undergrad and was able to perform in some of the world’s largest parades, including Macy’s Thanksgiving Day Parade in NYC and St. Patrick’s Day Parade in Dublin! 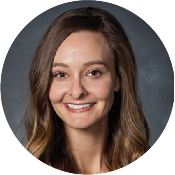 Dr. Kari Jo Kelso was excited to join Spoon River Animal Clinic's veterinary team as a part-time associate veterinarian. Growing up on a farm, Dr. Kelso knew she wanted to make a career out of working and caring for animals. She began working in the veterinary field in 2009, and completed her Doctor of Veterinary Medicine degree at Oklahoma State University's Center for Veterinary Health Sciences in 2015. Her areas of professional interest include ophthalmology and cytology. Dr. Kelso believes the best part of working in the veterinary field is the relationships she builds with all of her patients and their families.

Originally from Macomb, IL, Dr.Kelso currently resides there with her golden retriever, Bucket, and cat, Tex. When Dr. Kelso isn't caring for animals, she enjoys reading, paddle boarding, and spending time at the lake. A fun fact about Dr. Kelso is that she has her own graphic t-shirt line! She travels, markets, and sells these t-shirts to boutiques across the country. 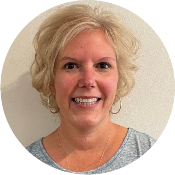 Jennifer joined Spoon River Animal Clinic in 2022. She and her husband, Jay have two adult children along with two Shih Tzu dogs, Ellie and Snoop. Jennifer enjoyed spending many hours on her grandparents’ farm growing up. She now is fortunate enough that her and husband have built a home on the same property. Jennifer has a love for animals and isn’t afraid to jump in and help wherever is needed within the clinic. She enjoys spending time with her family, pets and traveling. 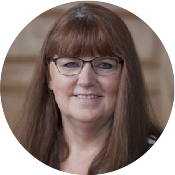 Working in the vet field for over 20 years, Mary has formed close relationships with fellow staff and clients at Spoon River Animal Clinic. Mary started her vet career as a pet bather and brusher. If she could describe herself in one word, it would be compassionate. Mary resides in Canton with her husband, Mark, two dogs, Thor and Rex, along with two cats, Potter and Rooster. Fun fact about Mary is she loves to act silly and dance with her grandkids. Mary enjoys crocheting and spending time with family. 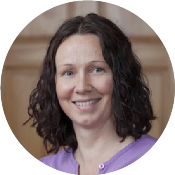 Heidi began her career at Spoon River Animal Clinic just after her high school graduation in 1994. She is one of the first faces you will see when you walk in the door. Heidi greets and assists clients with appointments, transactions and paperwork. She is a true animal lover at heart. Heidi lives with Jason, partner of over 20 years, along with their 3 retriever dogs, 2 inside cats, 4 barn cats, 2 rex rabbits, 4 ducks and 12 chickens. Heidi has 3 adult children, Zoe, Ethan and Ean. Ean is recently a 2 time gold medalist at the Special Olympics USA in Orlando, Florida. She has 2 grandkids, Dylan (Bean) and Jensen. Heidi’s hobbies are adopting senior retrievers, helping coach/fundraise for local special Olympics basketball/track teams, traveling and watching live music. 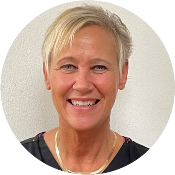 Laura is a devoted technician that has been doing what she loves for 29 years. She prides herself on helping ill animals of all breeds regain health and happiness. Laura has one black lab, named Hunter and black and white cat named Nuisance. Laura enjoys the outdoors. She loves to hunt and fish with her significant other. 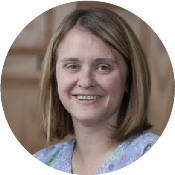 Annetta is a technician with 15 years of experience. She feels rewarded when she cares for animals and the unpredictability of working at Spoon River Animal Clinic keeps her on her toes and constantly learning. Outside of the clinic, she has fun listening to music, camping and spending time with her husband and son. Annetta enjoys listening to her son’s band, Dead Man’s Dog. 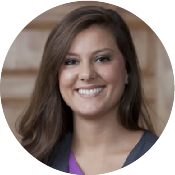 Kaitlyn has 8 years of experience. She has a love for animals and growing up on her grandparent’s farm. She enjoys spending time with her husband and two children. Kaitlyn has two dogs, three cats, one pony, goats, and chickens. In her spare time, she enjoys taking care of her hobby farm and spending time with family. 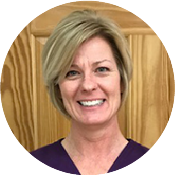 Cappi is a Veterinary Technician and Receptionist at Spoon River Animal Clinic. She first started working as a veterinary technician in 1989. She currently resides in London Mills with her fiancé Jeff and their two pitbulls, Hank and Larry, along with cat, Ronald. Cappi enjoys gardening and working out in her spare time. 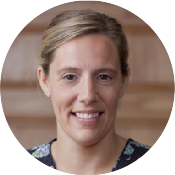 Cara is a Certified Veterinary Technician and 2002 graduate of Parkland College. For 15 years, caring for animals has brought her a sense of purpose and she looks forward to making a difference in the lives of animals every day. Warm-hearted and charitable, she volunteers at a local church and school district. She has lived in the area for 34 years with her loving husband and three children. Jake and Scout, her four-legged companions, can perform impressive tricks such as shaking hands and chewing the house apart. Outside of Spoon River Animal Clinic, Cara relishes in the great outdoors and is relaxed when nose-deep in a good book. 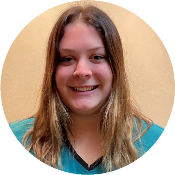 Morgan grew up in Farmington with her parents and three siblings. She is now an alumnus from Iowa State University with a bachelor’s degree in Animal Science and will be attending a 2 and 2 program through Colorado State and University of Alaska Fairbanks for vet school. So, she will be moving to Fairbanks, Alaska for the first two years and the last two years at Fort Collins, Colorado to obtain her DVM. Morgan has two pets that she takes with her when she leaves for college. Sampson is a two year old Bull Terrier mix and Maeve who is a one year old cat. Morgan’s compassion and love for animals around her is what drives her to work within veterinary medicine. She wants to help educate people on proper animal husbandry and contribute to public health and disease prevention within the community. Morgan enjoys going on hikes with Sampson and spending time with her friends and family. 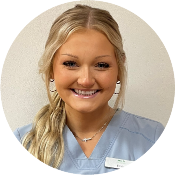 Emily has worked at Spoon River Animal Clinic since 2020. She has enjoyed being around animals since she was a child, and her favorite part of her job is giving the animals extra love while they’re in her care. Emily is from Lewistown and currently attending college. She has a dog named Zoey and a cat named Skunkfu that she loves dearly. She is very proud to be a part of the Spoon River Animal Clinic family. 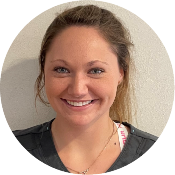 Ashley joined Spoon River Animal Clinic family in 2022. She is quickly learning her three positions at the clinic. Ashley is still attending high school and is very interested in the animal medical field. She was born and raised on her family’s farm and has grown up loving all animals. She has two Great Pyrenees/Golden Retriever mix dogs, Scout and Maisie. She also has one Mini Australian Shephard, Bandit. Ashley plays high school basketball and participates in FFA and 4H. In her free time, she likes to hang out with her friends, work on the farm and play basketball. 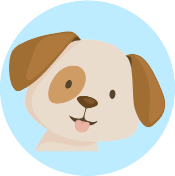 Kevin works full-time at a local grocery store as their Meat Department Manager. Kevin is also a freelance outdoor writer and wildlife photographer. Kevin and his wife, Laurie, have two sons, Cody and Seth. They also have two dogs, Cali and Zoe and one cat, Montana. 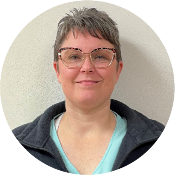 Lindsey joined Spoon River Animal Clinic family in 2022 as a part-time receptionist. She also works full-time at a local vision center. She has a care and compassion for animals that started at a very young age. She has two dogs, Cinnamon who she inherited and Elenora. She also has two cats, Jersey and Annika. In her spare time, she enjoys studying, reading, canning, and crocheting. 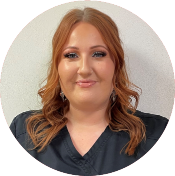 VicTisha joined the Spoon River Animal Clinic family in the fall of 2022 as a fulltime receptionist. She also works part time at a local country club. She has always held a huge place in her heart for animals. Her dog, Kenai, just turned 8 and she can't wait to add more to her little family. In her spare time she enjoys traveling, reading, cooking, and hiking to name a few things.

We are conveniently located on N. Main Street by the Canton Econo Lodge.

Send Us A Message!